Laser cutting a new case and other news

I've mostly spent the last couple of weeks making a start on the floppy disk emulation code. I decided to move most of the complex code that dealt with the FAT filesystem away from the FPGA as the state machine was getting very large and consuming lots of resources, and instead having it running on the Atmega support processor (which is fine because it's mostly idle unless being used as a USB to FPGA bridge and I've got about 14KB of flash ROM unused).

I've now fully encapuslated the IO between the two sides with a nice reliable protocol based on SPI where the different sides switch between being master and slave so that the AVR can be woken up by interrupt when the disk starts being used but then gain control so it's can manage the data transfer so that no bytes get dropped (as they might if the FPGA was the SPI master). So, now, I have the FPGA-AVR communication code working, the AVR handling the FAT meta data, so I just need to stick the disk image format code in... :)

And tonight, I was back at fizzpop after a couple of weeks of not being able to make it along. Here's a video of me cutting a redesigned version of the case to hold the CPC2013 board:

It seems that the holes are almost in the right place this time - I'll post pictures in the morning, but the acrylic is currently out in the porch until the smell dissipates a bit...

I made a prototype version of a case for the CPC2013 last night at fizzpop using the laser cutter: 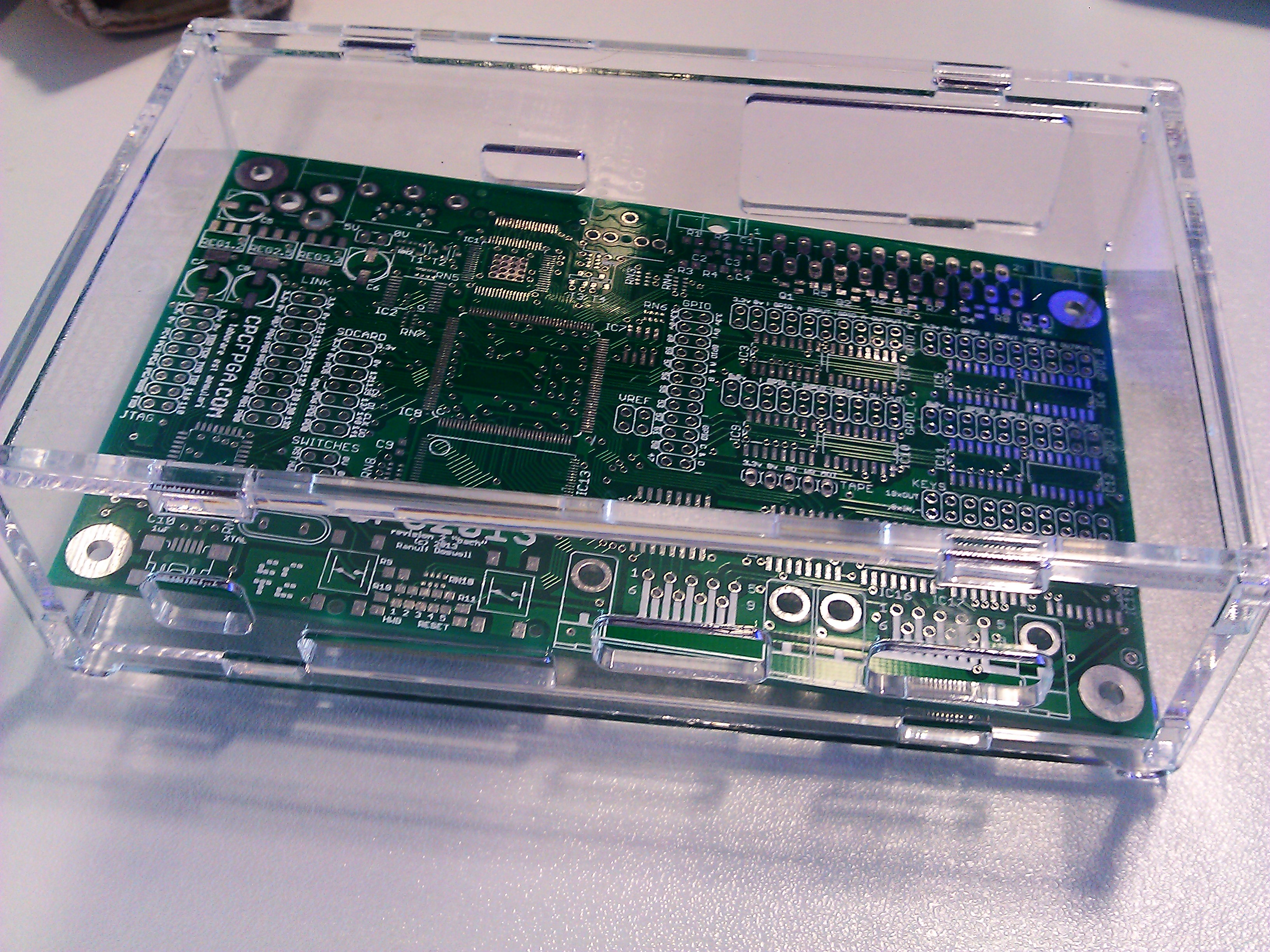 It's a little too small for the PCB, the holes aren't quite in the right place and a couple of them are missing as I forgot to convert the circles into bezier paths. But hopefully, armed with the knowledge that it can actually be done I'll be able to get it right next week... :)

The case is based on the Adafruit Raspberry Pi design at thingiverse which seems suspiciously similar to one I bought on ebay! My modifications are available in my github repository...