Digging into some occasional read errors reveals that the on pulses are shorter than the off pulses:

For your interest, here's the circuit for the tape input:

I've also been fixing up some audio glitches - the tone pitches were all an octave too high, which is now fixed, and the white noise generator still doesn't seem to be working correctly.

So, something I've been meaning to test ever since I designed this board back in March and got them made up in April is the tape input. So here is Rampage running on the emulator and loaded from real tape:

Since the first prototype, I've been pretty busy and not had much chance to work on the emulator and whenever I did get a chance I was stuck because the flash chip on the board didn't seem to work properly. There's a bunch of reason why it might not work - it might be dodgy soldering, although I reworked all the soldering on the FPGA pins and flash chip pins a number of times, and testing it with my scope suggests it should work. It could be the chip itself which is dead (2 of the 3 boards seem to have dead flash) or it could even just be because I forgot pull-up resistors. Reading the datasheet, these don't seem to be required, but who knows...

Anyway, the other day, I knocked up a small daughter board with a flash chip from a different manufacturer and that all seems to work fine, so I'm able to carry on with the testing I could have been doing 6 months ago!

Here's a close up of the board taken with a decent camera rather than my camera phone and also the emulator running 1943 (also loaded from tape): 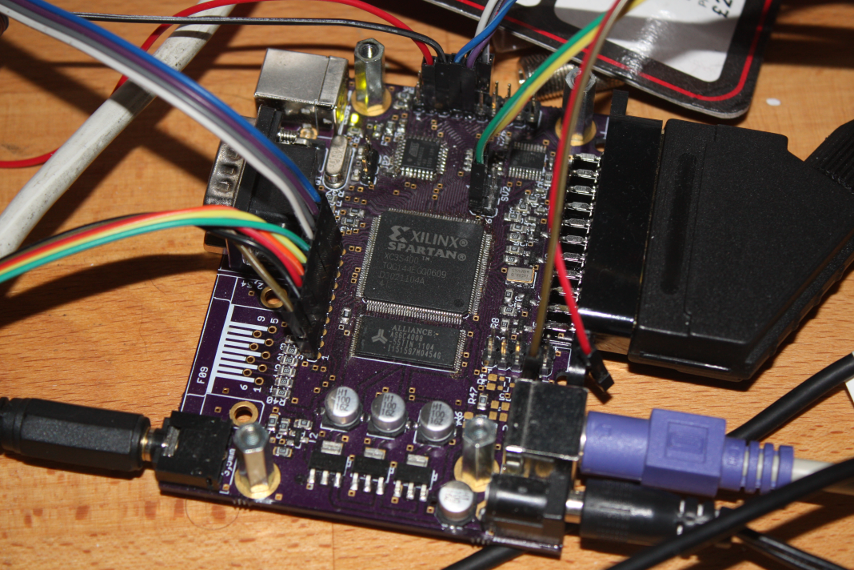 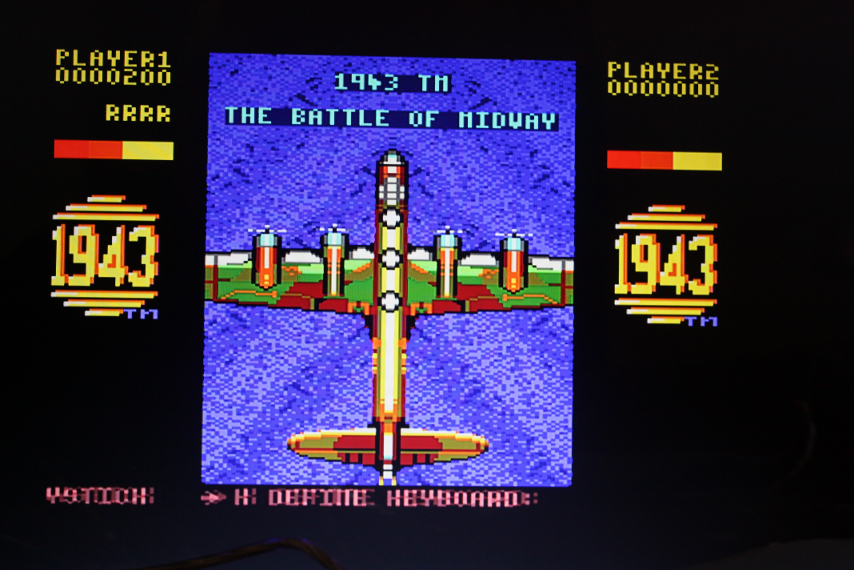